It’s a topic that has been on a lot of minds recently. With Caitlyn Jenner’s recent award on ESPN, Laverne Cox’s work on Orange is the New Black, Aydian Dowling’s placing for the Men’s Health Magazine cover, and Janet Mock’s activism and writing on trans women, it’s hard not to have transgender issues at the forefront of a lot of minds. This week even the Anchorage Press ran a cover story on being transgender in Alaska (5th worst state to be so by the way – people can loose their housing, jobs and custody over being trans). 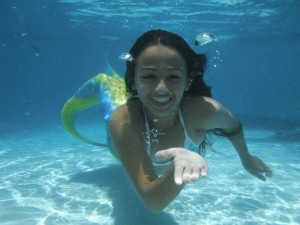 Today, I was interviewed by the wonderful Dr. Martha Tara Lee for her radio show, Erotic Evolution on transgenderism and orientation. An hour later, I had a question come up on Facebook about the difference  between being transgender and gay, and whether someone who considered themselves transgender was gay or not. Left, right and center I am back to being a voice for transgender issues. This is not something I asked for – I just happen to be a sexuality educator who happens to be a transgender man (former name Bridgett Harrington). But, when I transitioned, I was suddenly expected to speak on behalf of all trans people. Luckily, I had been weighing out my decision for over a decade, did know a bundle, and took it under my belt to learn more. And? I learn more each day from each person I meet.

Just like racial fatigue exists (talking about race too often for people who live with it every day), I believe transgender fatigue exists too. Having to talk about it every day. Being asked in the bathroom if we have the matching ID. Being asked to explain our history. Fearing that we might be bullied and beaten (or killed), and having to speak out for our safety. Just answering the question “are you a boy or a girl” can be tiring. Thus, I am creating this primer so that individuals who have transgender fatigue to pull up and hand to folks. So that those who want to “get it” can get a handle on it. Because we can each evolve, learn and grow. Because we all deserve to live in a more compassionate world.

Transgender is an umbrella term for all concepts of gender difference, variance, identity and whatnot other that the base assumption in our culture of penis=boy=male=man and vulva=girl=woman=female. Transsexual (moving from one experience of their sex/body configuration to that of the opposite sex/body configuration), agendered (a person with no personal gender, or believes their bodily gender has little to do with their identity), gender queer (a person working beyond the concept of gender binaries), gender fluid (a person who flows back and forth between genders) and other forms of gender expression and experience all fit within and under this umbrella term called “transgender.”

The language is confusing.

It can be. It can even be confusing for transgender people.

Trans in transgender stands for “opposite” just like “transatlantic.” Academically speaking, “cisgender” is the terminology used for “same,” ie penis=boy=male=man. Thus, a person is transgender (an adjective/experience), or a transgender individual. They are not “a transgender” (a noun). A person might or might not be transsexual, which can be used as an adjective or as a noun. Some people like the term transgender, some people do not.

Trans* was a shorthand term that was developed as a shorthand for everything under the transgender umbrella. Unfortunately, use of the word trans is sometimes used to mean trans*, transsgender, transgendered, transsexual, or even transitioning between genders. Linguistically, the first 3 are within the original definition, and the 4th is not. An individual is not “transing,” they are transitioning. They are not “going trans,” they are trans.

And remember, this is the language being used in English-speaking countries. There is a wide variety of terminology used worldwide, including gender choices beyond “man” and “woman,” and saying that other terms are wrong can be harmful to other cultures. 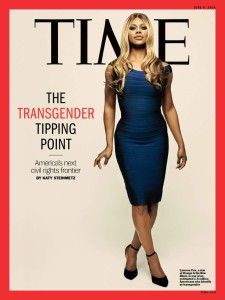 If someone has not had surgeries, are they transgender?

When being reductive down to body parts, it invalidates experiences of men, identified male at birth, who have lost their phallus in accidents, men who have small penises, and men with erectile dysfunction. It invalidates women whose vaginal openings can not be penetrated or who have clitorises that are of extended length and girth.For transsexual individuals (who, medically speaking, are moving from one gender to another using medical intervention), some have surgical procedures, some do not. That may be because of finances, health issues (people who surgeries can literally kill because of blood clotting concerns for example), or unhappiness with potential outcomes. Gender Reaffirming Surgeries (GRS) and Sexual Reassignment Surgeries (SRS) are not a quick and easy change, and are a deeply personal and complex topic that each individual will need to make for themselves in connection with what options exist at this time. This is not nearly as simple as “going and having a surgery.” It is a lengthy, complex process that may or may not exist in some cases.

Can kids be transgender?

There are children who at a very young age have pinpointed that they were “born in the wrong body” and are considered transgender youth. Some experience themselves as not liking “girly activities” or “boy activities” which is about gender expression in our culture. There are also children who are gender-nonconforming, gender queer, gender fluid, and other forms of transgenderism beyond the “born in the wrong body” model.

Is being transgender about being a boy or girl, or about gendered activities?

Playing sports have been labeled by our culture as being things that boys do, or playing with dolls is something girls do – which often gets mixed in with conversations around gender expression and transgenderism. There are cisgender women (using academic term above, which some deeply dislike in daily use, and others find helpful) who are definitely women who love playing sports and working as a construction workers. These individuals are not necessarily transsexual or transgender. They are most likely women who like specific activities. This goes for clothes as well. Just because a man likes wearing dresses or women like putting on makeup to create a beard. Those are behaviors and forms of gender expression or cross-dressing, which may or may not be part of a person’s gender identity.These things are different than individuals who know their body is wrong and being the gender they are seen as is wrong. They know it on a core level. Some know it as children. Some figure it out as teens. Some come to face it as adults as they learn the language around it. Some dance back and forth with gender throughout their whole lives. There is no wrong way to be transgender. In fact, there some who will know the term transgender during their journey, and some, like Caitlyn Jenner, did not meet another person who was doing this dance until they were in their 50s, having struggled with their truth their whole life thinking they were crazy.

What terms do I use for a transgender individual?

Ask the person what terms they prefer. How do they want to be addressed?

What pronouns would you prefer used? He/him/his? Sher/her/hers? They/them/theirs (in the english singular)? Ze/zim/zir? E/im/ir? (Yes, people use all of these)

What name do you go by now? (if someone you’ve known pre-transition) What is your name? (if they are someone new)

You can also listen to any given conversation. How do they refer to them? How do other people refer to them. That can be a great start too.

Sexual orientation is about who you are attracted to. This language, like the language above, varies by culture. Within the often Caucasian, American internet culture, being a man who is attracted to men makes you gay. However, in some African American communities, it is seen that there are men who have sex with men. Some of these men are gay, some are “on the down low.” In a currently running transwomen’s group in New York, interviewed women said they were still gay, even though they slept with men, because they were part of gay culture and gay was a label they fought so hard for.

A teenage individual who has transitioned from female to male (medical/social experience) and is a boy (personal identity/gender experience), Thus, in this discussion and the culture you are part, this boy (how they identify) is attracted to boys, and thus would be identified as gay. Or MSM (men who have sex with men) Or straight (if going by history or experience of their genitals). Or, they might identify as a teenager who likes people.

Why do the labels even matter? 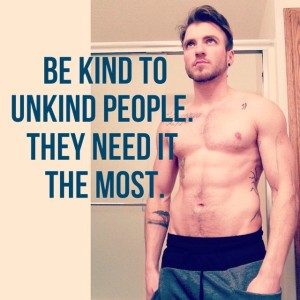 Labels are used in lots of ways. As a tool for us to sort out our own brain (this person is gay). As a way we make decisions (they are gay, we should make sure they will be comfortable in this space). As terms we refer to people when they are not around (you know, the gay guy). As something we tell people they are (you are gay). As something we tell others we are (I am gay). As something we tell our peers who will “get it” what we all are (We are all so gay). As a way we think in our head (Am I gay?). When asking if they are gay, consider which label you are asking about. When we say “labels don’t matter,” we are saying that a person’s self-identity does not matter. If that person says labels don’t matter, and you force a label on them, we are saying that their autonomy doesn’t matter. Other people’s self-labels are not about us, it is about them.

There are some labels that are insider language within the transgender community that may feel offensive if used by an outsider on them (eg “tranny”), much in the same way that the N word applies in racial discussions. There are some people who have a medical history that involves needing medical procedures to “correct the body they were born with” who do not believe they are transgender and do not like the use of that word at all on or for them. Labels are a delicate issue at times, and in the current shifting culture around gender, they will likely continue to shift over time.

How can I support a transgender individual?

The fact that you are already looking into these issues and expanding your knowledge is a great start.

Here are a few things you can do: